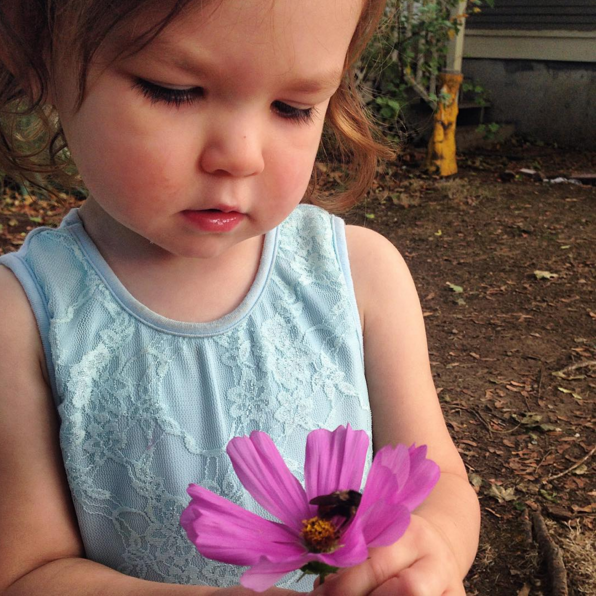 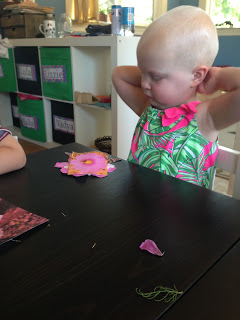 Each spring at Tumbleweed, we host a Parent-Teacher workshop. This provides us with a unique opportunity to sit down with parents, without children in the room, and discuss the exciting work the children are doing, as well as have a chance for more extended discussions between parents and teachers that are difficult to accomplish during the busy times of drop-off and pick-up. This year, the teachers of Cohort 7 + 9 decided to organize our workshop around sharing the ideas of Scaffolding and Project Work with parents - hoping to give some insight into how we view teaching and learning in a classroom of two- and three-year-olds, as well as recognizing and reflecting upon the beautiful project work the children dove into over the last year. 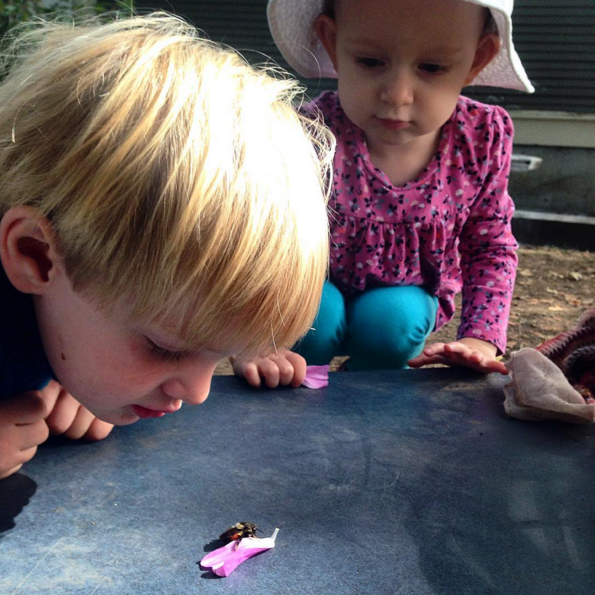 
In scaffolding children's interests, we seek to guide children only as much as needed, to encourage and inspire them to follow their interest just a little bit further.  We think of this as “planting seeds,” meaning we might offer a little information we researched, or invite the children to watch a short video connected to an interest they’ve expressed, and then we step back, observing them as they take it to the next level.  In this way, we seek to always follow the children’s interests, allowing our “curriculum” to emerge from their current focus, understanding, and processing. 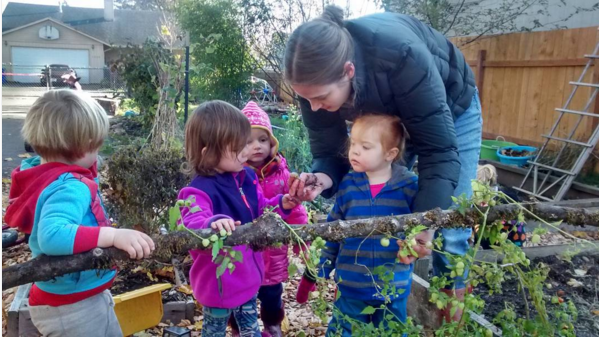 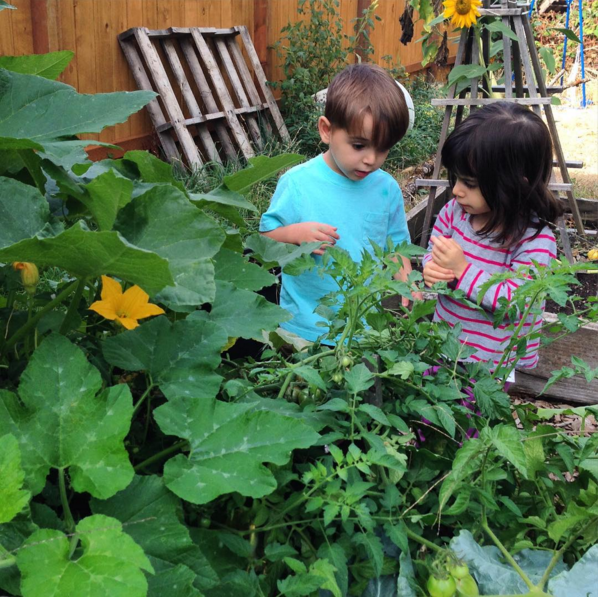 Project work encompasses the variety of scaffolding techniques we use, in response to our group’s specific interests in the world that surrounds them.  In selecting a topic on which to focus, we reflect on our documentation and observations of the children in order to identify something that the children are repeatedly drawn to, and that ignites in them questions and observations - a desire to know more.  Once we have selected a topic, we consider how it can be connected to three different areas of learning that guide all the planning we do around how to scaffold children’s interests. 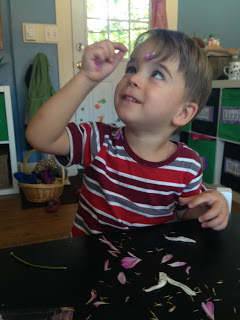 Reflecting on Project Work From 2015

Bees gave us a way to …
Identity 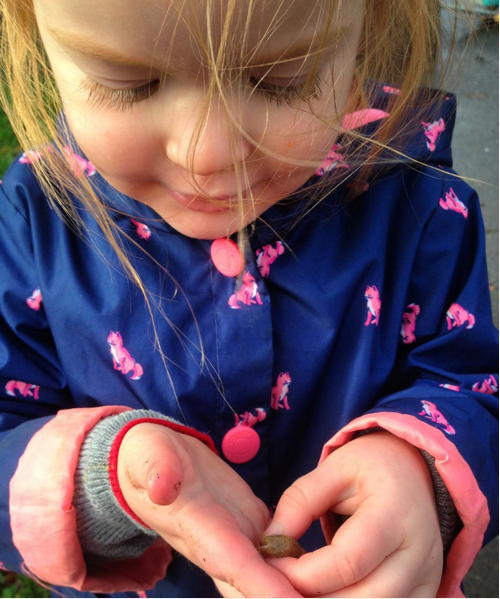 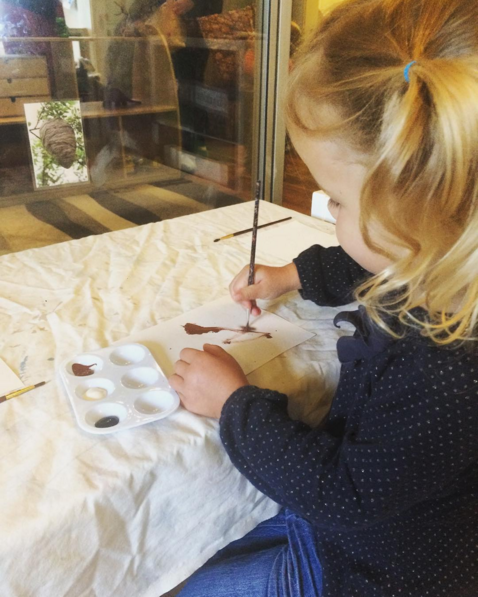 We explored bees through...
Posted by Emma at 4:50 PM No comments:

At Tumbleweed, we feel that it is so important that the children are confident in themselves, how they feel, and what they can do. Creating an environment where the children can gain confidence in themselves involves allowing them to feel safe to express their emotions, advocate for themselves and others, lead or follow in group settings, explore and test emotions through play and peer interactions, and the independence to try tasks on their own.

Emotional Expression
Allowing children to acknowledge and express their emotions is necessary in building emotional awareness. The kind of language that we use when recognizing the children’s emotions is very important. We often start of sentences with “I notice…” (such as “I notice you are feeling upset because someone took your spot.”) and that allows the children to focus on why they are feeling the way they are. If we see that they are acting out their feelings in a way that is not safe to themselves or to others, we will redirect them to a safer outlet of expression.

Advocate for Themselves and Others
Advocacy and being able to express what one needs or wants is something we cultivate at Tumbleweed. We often remind the children that it is perfectly acceptable to ask for space when they are feeling upset or just need to be alone. If a child hurts another child, we give them the opportunity to talk it through and see what can be done to make the situation better. Usually that involves asking what the hurt child needs, such as space or a hug, then we talk about why that happened and what the child was feeling at the moment they chose to hit or push, etc. Reflecting on what they did and seeing how it upset someone allows them to develop empathy for their peers.

Peer Interactions
Peer interactions allow children to see how their actions can affect others. Children often also look to their peers to gauge how they should react to situations. When working in groups, children often have the choice of whether they want to take control and lead, or if they want to join in and follow. Each child has a chance to take on a different role, and practicing both gives them the opportunity to interact with one another in different ways. When children are able to problem-solve and come up with ideas without the help of an adult, it allows them to feel more confident in themselves and their actions.

Self-Help Tasks
When the children are faced with basic tasks throughout the day, we encourage them to try to accomplish them without the help of a teacher. This could be as simple as taking off their own pants or helping out in the kitchen. The children work on going to the bathroom on their own, washing their hands, setting up meals, putting on their shoes and jackets, setting out mats for nap time, and so on. When children feel that they are capable and trusted to do things on their own, they feel more confident that they can do anything without help.
Posted by Ashley at 2:34 PM No comments: 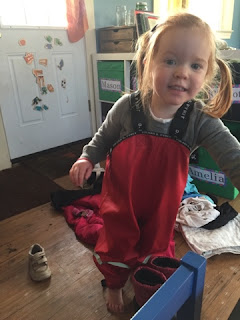 For a two-or three year old, cold and icy winter weather is a great reason to strap on your favorite snow-pants, winter boots, and hat, and get outside to explore!
At Tumbleweed, our plan is always to spend time outside every day, no matter the weather.  The generally temperate climate in Portland makes this possible through all seasons - we Oregonians know how to prepare for and enjoy rain, and in the summer we have sprinklers and water-play to keep us cool. 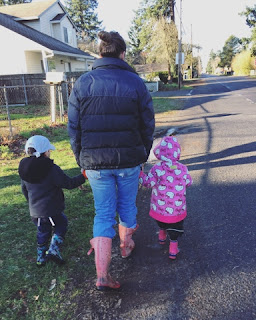 Until a few weeks ago, this winter has mostly brought us heavy rains, but the last few weeks, we've gotten some cold temperatures and ice! 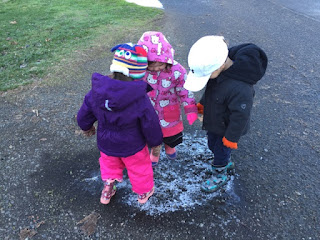 One day we took a walk through our neighborhood, looking for icy puddles to crunch with our boots.
As we broke off pieces of ice from the frosty puddles, we held them up to the sunlight.  What can we see?  Where did the ice come from?  Will the ice be here for a long time or will it go away again?
This winter phenomenon is a new and fascinating thing to explore through toddler eyes, and we found many questions were sparked on our winter walk. 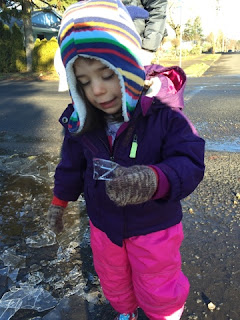 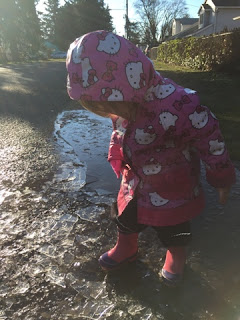 After a one-day school closure due to snow and ice, everyone was excited to get back to our yard and see what it would be like.  We found a layer of ice on our garden beds, sandbox tarp, birdbath, and anywhere else where water collected. 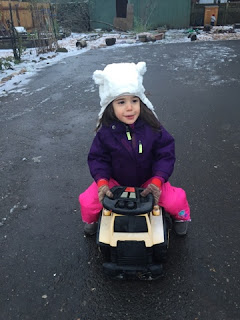 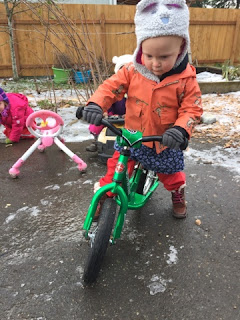 There was still some ice on the pavement, and the children experimented with driving and biking over it.  It felt very different from biking in rain or on dry pavement. 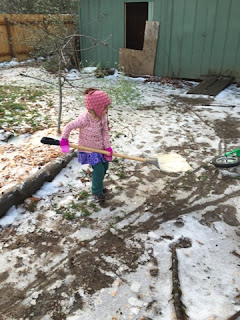 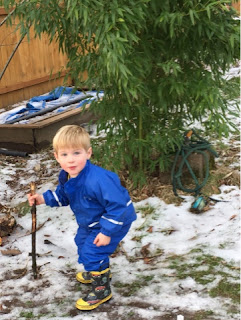 Some children saw the ice as an opportunity to try new tasks, like shoveling through snow and ice and breaking up the ice with sticks so it wouldn't be slippery for other people walking around.

No matter the season, I am always amazed by the ability of these children to not only adapt to changes in their environment but to embrace those changes with enthusiasm and curiosity!

Email ThisBlogThis!Share to TwitterShare to FacebookShare to Pinterest
Labels: Cohort 7, Cohort 9, Emma, Exploration, Going on a Walk, Outdoors, Outside

Where Will this Take Us?

One of my favorite things about planning and offering provocations is that I truly never quite know where they will go.  Last week, I laid a few fir branches out and offered everyone who was interested one white pastel and two pieces of paper, black and red.  AJ and CC were the first to the table, and were immediately drawn to alternating drawing on each piece of their paper.  For CC, this meant drawing a bit on one paper, then quickly switching to the other, then back again.  She eventually told us, "I made airplanes! Here and here and here! They're parked and flying!  This one's going to find its wheels but they're not out right now.  He needs to find his wheels and put them back on."  With two pieces of paper, CC chose to represent the same thing in different states, two versions of a story about airplanes. 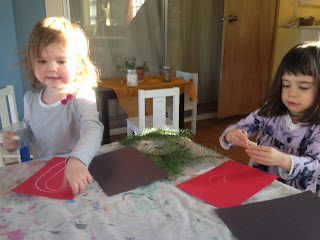 Meanwhile, AJ laid a hand on each paper with a smile, and then chose one paper to work on, working quickly to "draw Mommy and Daddy!  See?  That right there...[gasp!] no no no! This just Mommy!"  She then asked me to hang her work and moved on to the next piece, which became a picture of her Daddy.  She seemed excited to have two pieces of paper available, across which she could divide the people in her vision as she worked - a whole sheet for Mom and Dad!  As CC and AJ worked, I reflected on how physical quantity interacts with our ideas about how to represent images and explore different angles.  How would these drawings be different if confined to one page?  Spread across three? 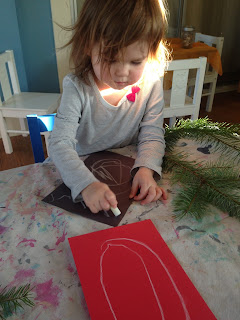 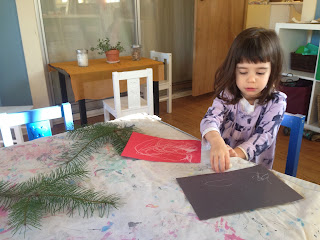 Up until this point, no one had moved the fir branches -- all of the work had been focused on paper and pastel.  Then, MH joined the table.  He was immediately drawn to the fir branches:  "What's this?  Can I use it?"  I explained to him what they were and reminded him where the tree they came from grows in our yard.  I told him they were available to touch, take apart, draw with, etc. and MH got to work exploring.  First, he used the pastel to trace the branch, but seemed to grow quickly disinterested in this approach as the needles repeatedly got in the way of the pastel.  He took some time to draw on the paper with the branch set a bit aside and then looked up quickly: "I need some tape!"  I asked him what his plan was: "I just need to stick these things together." I handed him some masking tape, and watched as he worked out how to adjust the pieces so branch and paper were attached. 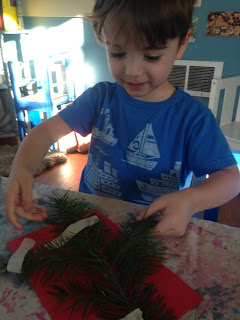 He soon directed his interest to an untouched branch, and with this one chose to use the tape as a way of tracing the branch, laying a long piece up the center part.  He held it up to me and we noticed the sun shining through causing a shadow effect, with all of the needles perfectly outlined through the tape.  AJ had since re-joined the table and was fascinated by this, too -- what's happening here?  We made a plan to continue tracing the outlying branches with tape until it was covered, and then I suggested bringing it over to the window, where the sun was brightly shining through.  We observed the sun's effect for a few minutes, noticing other shadows through the window -- the branches outlined across the house, the tall grasses projected onto the bricks.  We eventually climbed down from the window and everyone returned to other work. 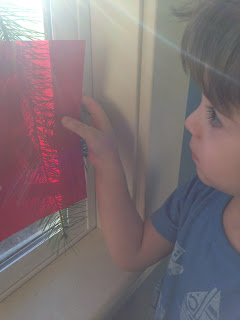 Several minutes passed and MH stopped what he was doing to come find me:  "In my Dr. Suess book a guy makes a shadow on the pavement."  I asked, "How do you think that happens?"  MH thought for a moment and smiled, "Well I got something to do right now!" and off he went.

I wonder how all of the things that came up that day will continue to be explored and built upon:  CC and AJ's exploration of physical quantity and artistic vision and MH's work with tracing and shadows.

Posted by Elizabeth at 8:29 PM No comments: