Peeking in on Train Play 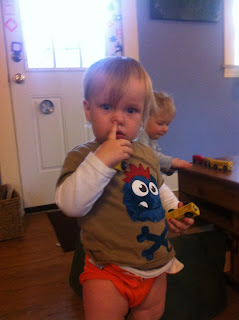 WG deep in thought as he holds a yellow train.

It may seem as though our focus on movement and wheels has only occurred outside lately, but I promise that's not the case. The interest has continued to grow inside as well. In fact, train play has taken over in our classroom in the past few weeks. Often train play will compromise the bulk of our play. The children have began to change the way they play with trains as well. For quite a while only JK and VR lined trains up but now almost every child enjoys lining up the trains. 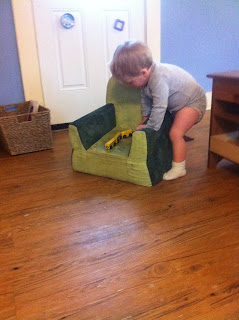 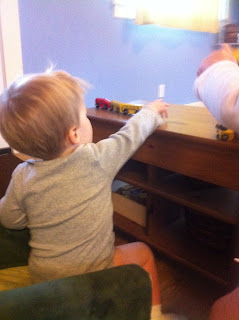 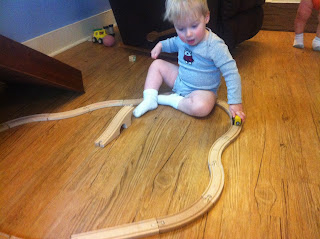 IS has even began to find new ways and places to line the trains up. This past week he worked on lining the red trains up with other red trains and the yellow ones with other yellow trains. He also used his favorite green chair as a surface for putting a short line of yellow trains. Another big jump for Cohort 5 has been building with tracks. Again, building with tracks was something done by other adults who happened to be in the room and occasionally by JK or VR. However, the building of tracks has taken off. I will often look up now to see IS and QM working together to build a track. 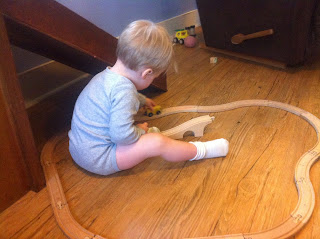 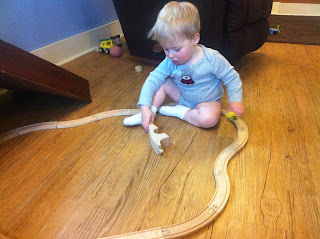 Just recently they managed to build a track that actually made a full circle! This took the hard work of not only QM and IS but also LC and WG! In the end, the ownership they felt over it was evident. The track stayed put together until clean up time- which is a first in our classroom full of deconstruction lovers. IS intently played with the track for most of our play time, as well. 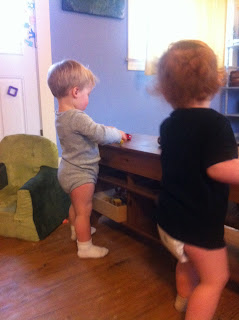 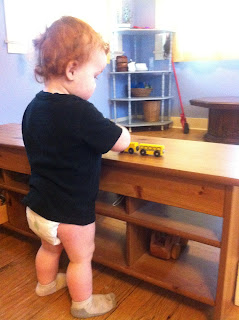 Another new phenomenon within our classroom has been the parallel play of trains. Last week QM began to play with the trains on our long, low shelf. He took the short line of yellow ones that IS had left in the green chair and moved them to the shelf. He slowly moved them back and forth which caught IS's attention. At first, I thought IS would be frustrated about his yellow trains being moved but I stayed back and watched to see how he would approach QM. I was reminded of how important it is to wait and see when he simply brought another short line of trains over and played next to QM on the long, low shelf. The parallel train action caught WG's eye as well and he headed over to join them both. At first WG simply watched them from the other side of the shelf, but eventually he moved to their side and played alongside both boys with his own short line of trains. They stayed like this for quite some time before resuming their normal wander and play activities. 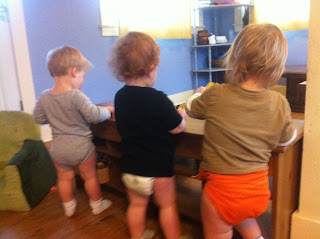 To complement this interest in train play, I found some trucks and planes in the basement and brought them up. This has led to many new ways of using our trains, tracks, and other vehicles. I look forward to continuing to watch the children grow and work with these wonderful manipulatives. 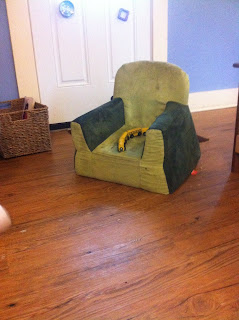