A Fishing Story: The Power of Imagination 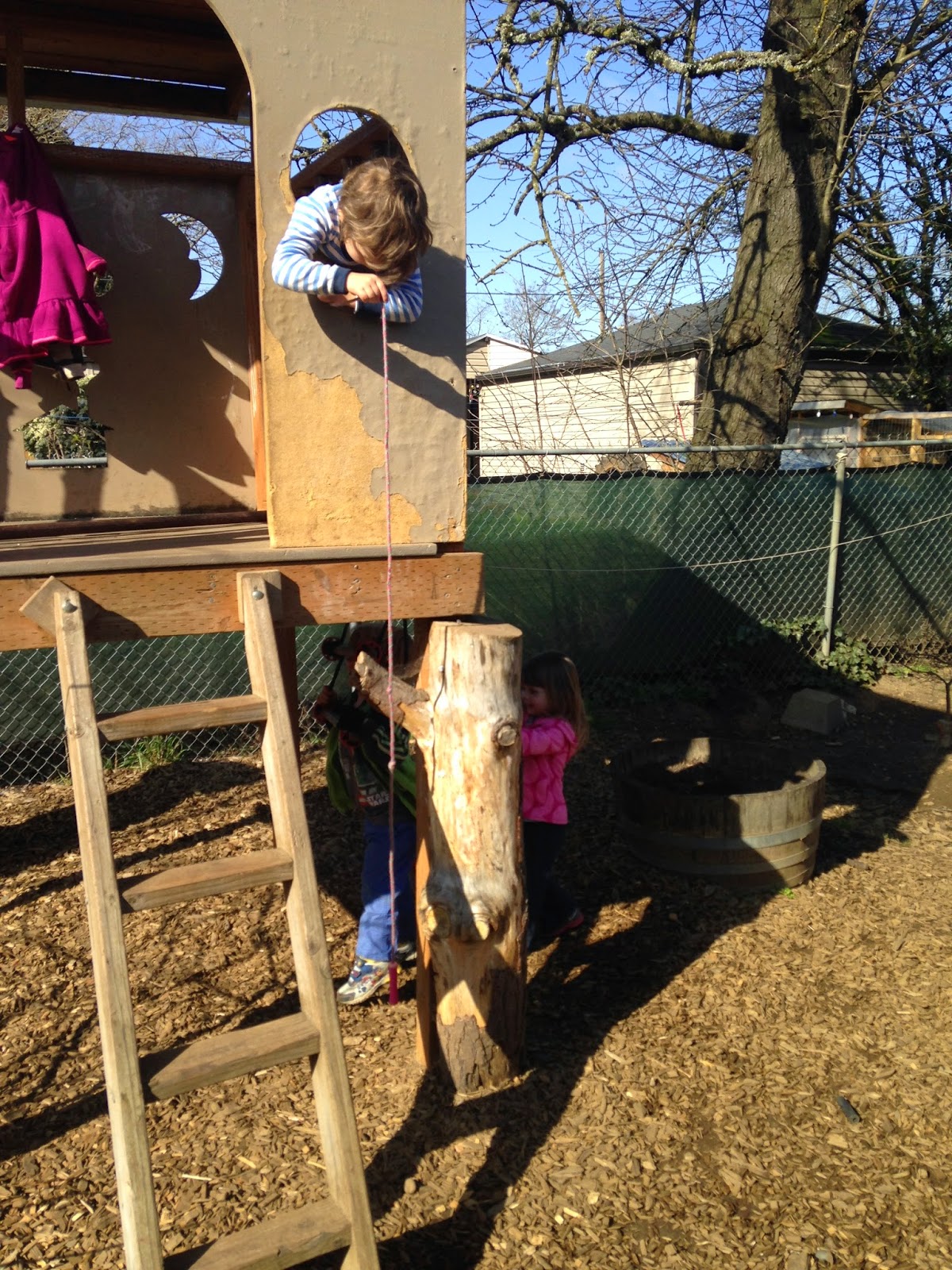 J was standing in the tower. He dropped a jump rope through one of the holes. For a moment he stood completely still. Then- almost out of nowhere- he jumped up and pulled the rope in as fast as he could!!! "Melinda!! Come over here!! I caught a shark. It's so big!!" 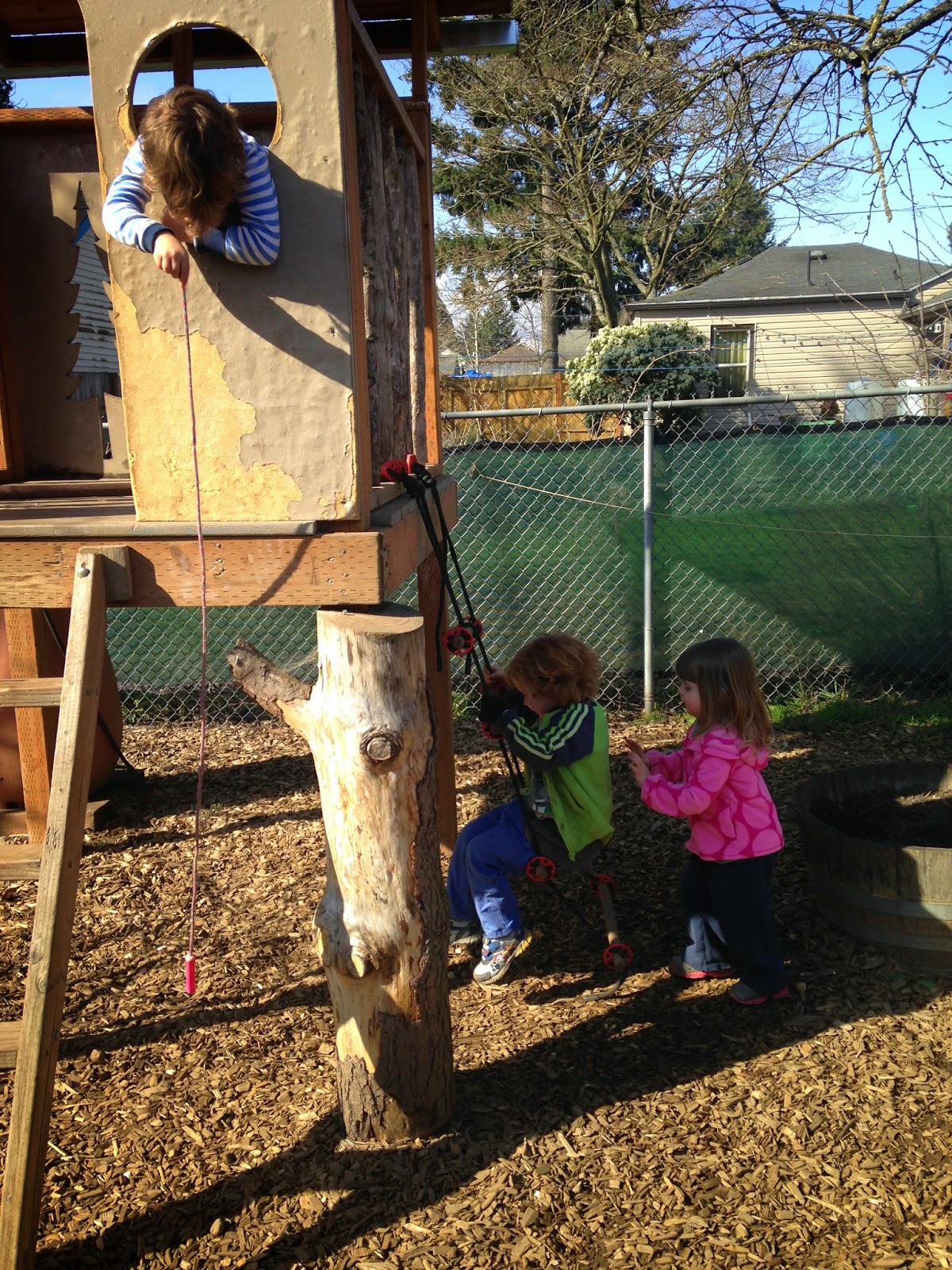 I walked to him as his hands moved all over, trying to hold the shark still. His eyes grew bigger and bigger as he wrestled his catch to the ground. His body was still on the ground as he sighed to me, "He got away."

J laid there a moment with a sad look on his face. I nudged gently, "I wonder what you'll catch next?" He jumped up with excitement, "An octopus!!!!!!" He started to drop his rope through the hole again but I stopped him to note, "Wait! You didn't put your bait on yet!" 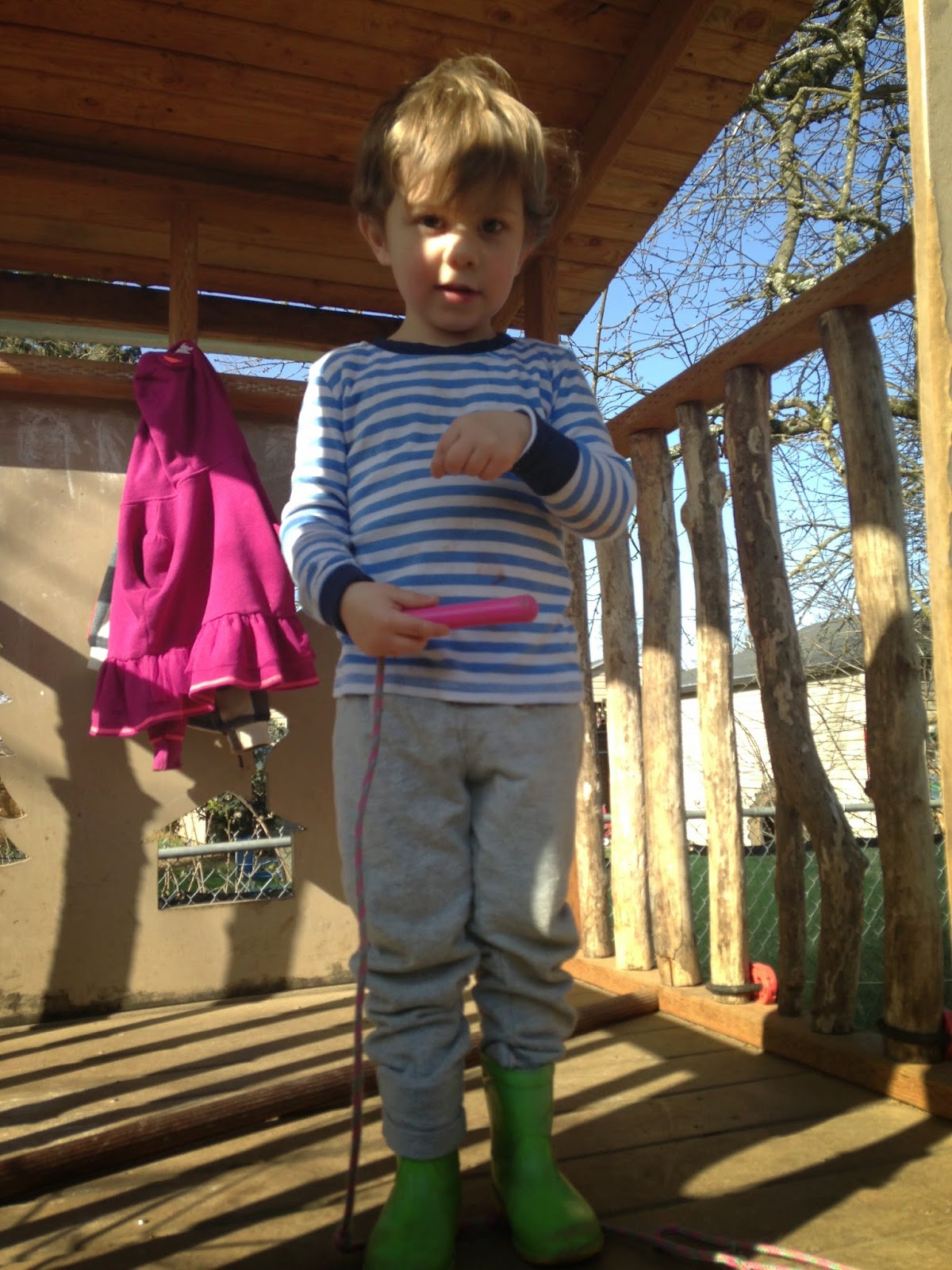 Puzzlement met my eyes, "Bait?" I nodded, "Bait is what you put on a hook so the animals want to check it out." J nodded, "Yeah! Then them get a hook in their mouth and you reel them in with your fishing stick." I explained a little further, "Usually people use something the animal they want to catch might want to eat. What might octopuses eat?"

J thought for a moment, "Them eat worms. I'm wrapping works all around the hook part. It's right here. Then I'll drop my line in the water." He did just that then sat down and waited for an octopus to wander by.

Our entire exchange was less than a few minutes but was so full of vivid imagination. The shark wasn't just in J's mind- it was there with us! I could see it as he moved to hold it still. As his body slumped to the ground I knew it had escaped before he even told me. His imagination was as immersive as my favorite book, a movie in a theatre, or a larger than life ballet performance. I let reality slide away from me and joined him there. The connection we had in our imaginations filled us both with joy and purpose. Imaginations can be powerful, powerful things.