Taking a Step Back 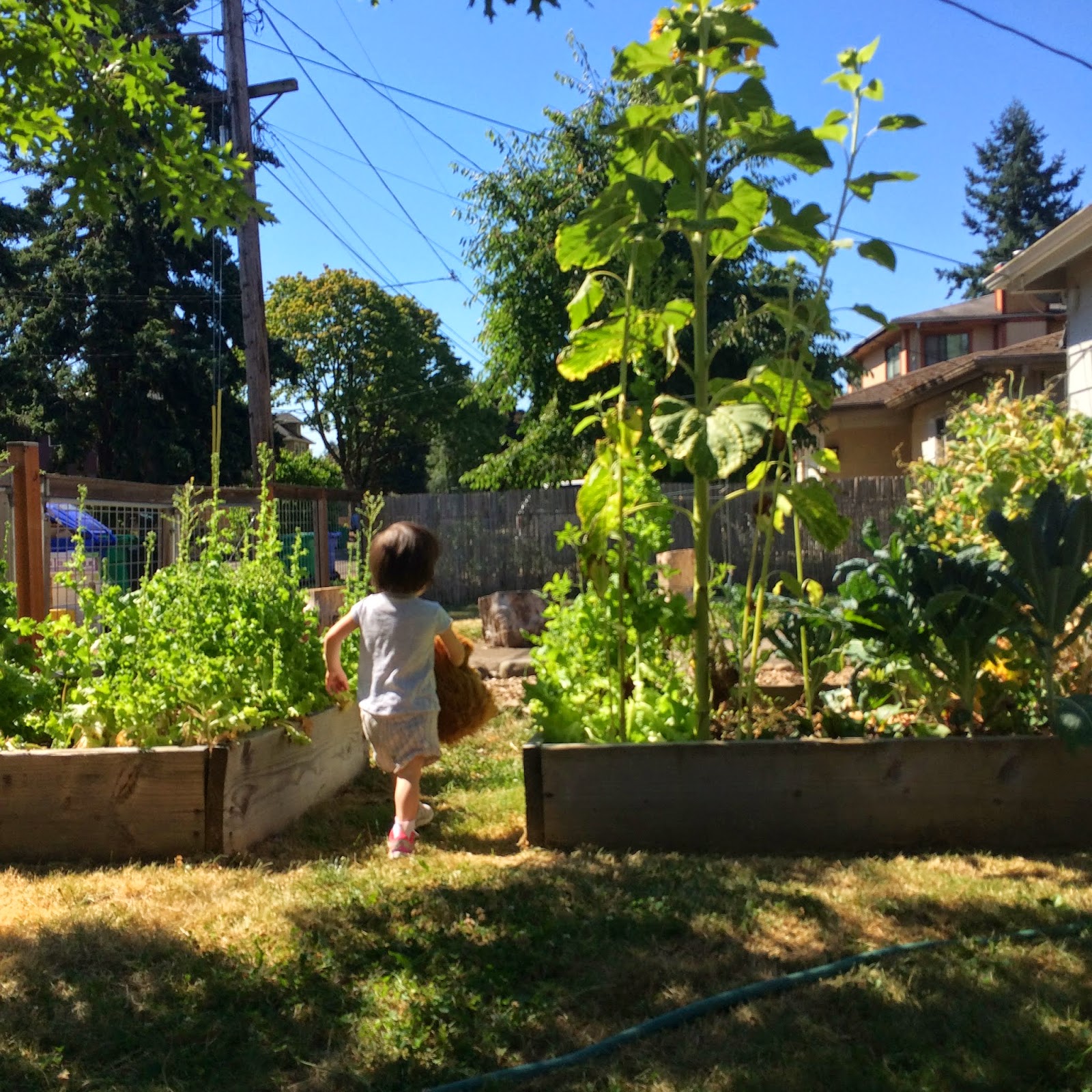 First of all, I would like to introduce myself as a new voice on the Tumbleweed blog.  My name is Emma, and I am joining Tumbleweed as the teacher for a new cohort of toddlers that has begun in the Preschool House.  I am a native Portlander, but I come to Tumbleweed after nine years in New York City.  Most recently I was teaching at a small, arts-based preschool in Brooklyn.

One of the first things I noticed during my week of observation at the Infant and Preschool Houses was the care the teachers here take care not to interrupt the children when they are at play.  That means not correcting children, not initiating new ideas that don’t come from the children, and gently coaching and guiding children through disagreements among themselves with respect.

It is not that teachers are not paying attention to the children as they play – in fact they give a focused, respectful attention that the children seem to relish.  It’s that the teachers respect the importance of the children’s play and want to give it the space that it needs and deserves.  The teachers take a step back to give children space for their play to thrive. 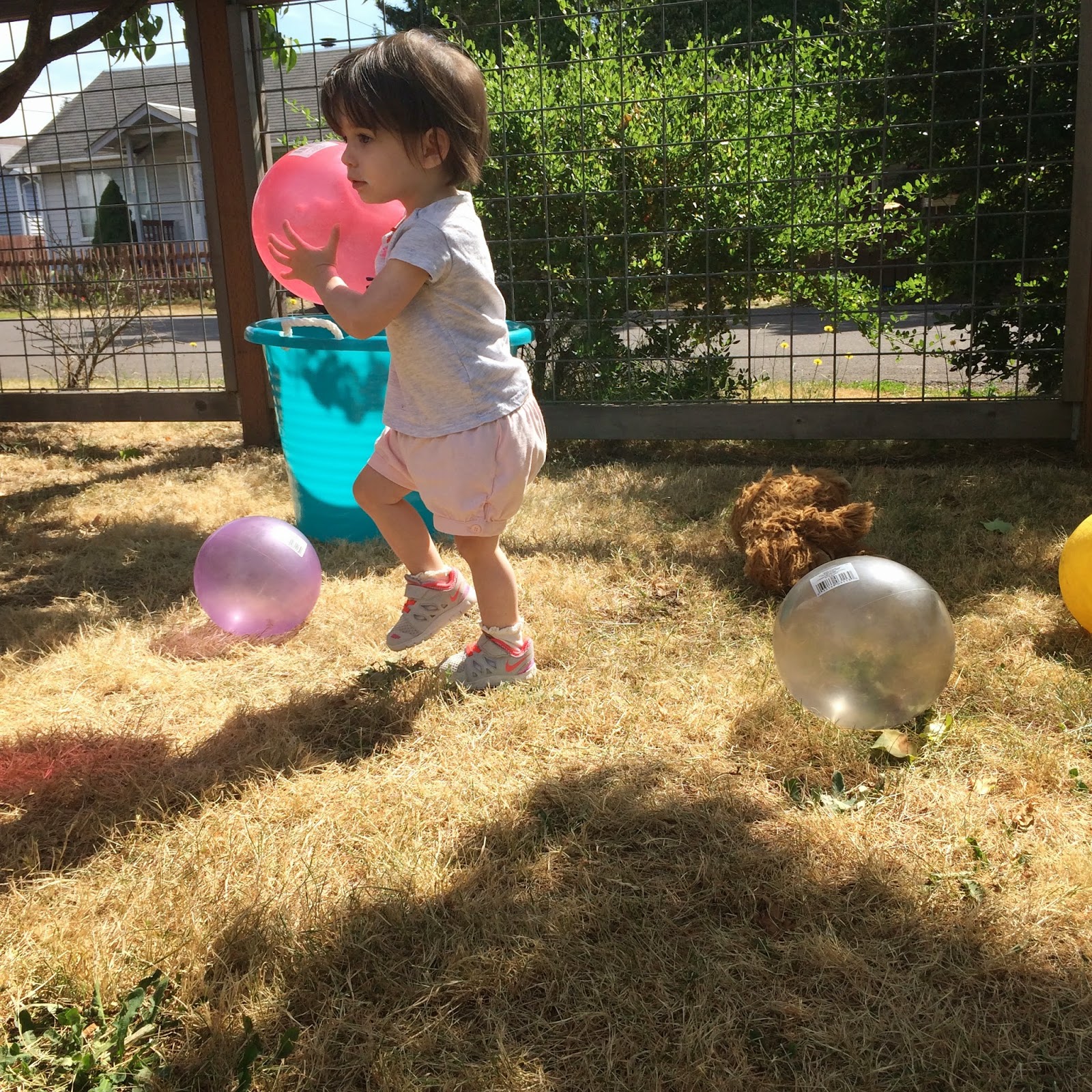 One of the Seven Principles of Respect in RIE is “Time for Uninterrupted Play," because children who have the opportunity for uninterrupted, interactive play “have long attention spans for tasks they set for themselves.  They are learning to learn.  They are taking the initiative in doing what they want and getting what they want.  They are learning to cope.” (I like the specificity of that quote from Authentic Relationships in Group Care for Infants and Toddlers by Petrie & Owen).  Indeed, the children that I observed at Tumbleweed are confident, curious, and independent in their play, are able to follow their imaginations in new directions without looking to a teacher for approval, and navigate conflicts between themselves well, asking for a teacher's help at times, and often communicating their needs to their peers directly, even during a disagreement. 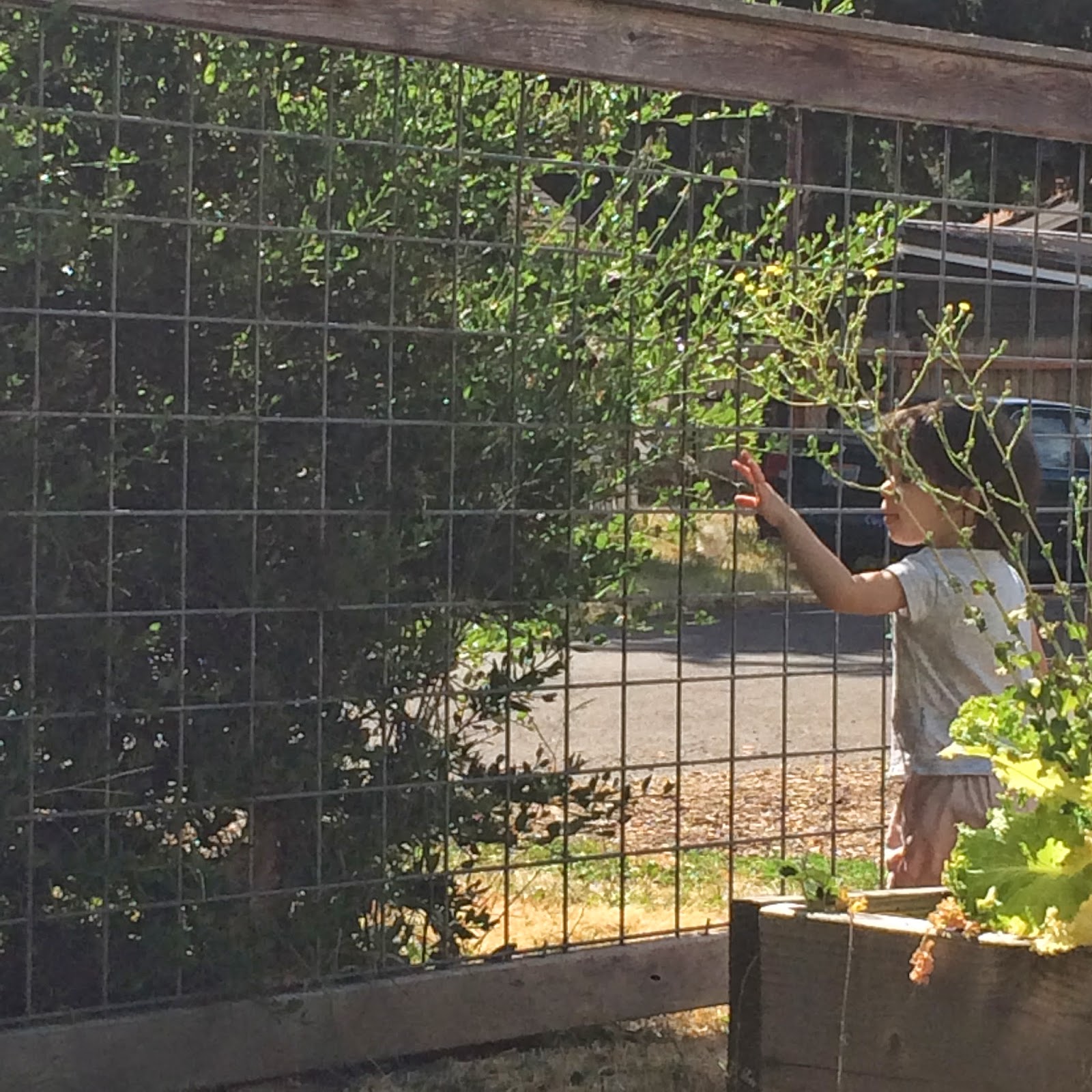 When C started as the first member of Cohort 9, I knew she would be the only child for a few weeks, as her future classmates aren’t transitioning in until August.  Without classmates with whom C could interact and engage, it seemed like more of a challenge to give her the space she needed to begin building confidence in and ownership of her play at Tumbleweed.  I decided my approach when C was engaging in free play would be to be actively listen and watch her, to be available to play, but not to be the initiator.  I wanted to give C the chance to really explore and lead the way. 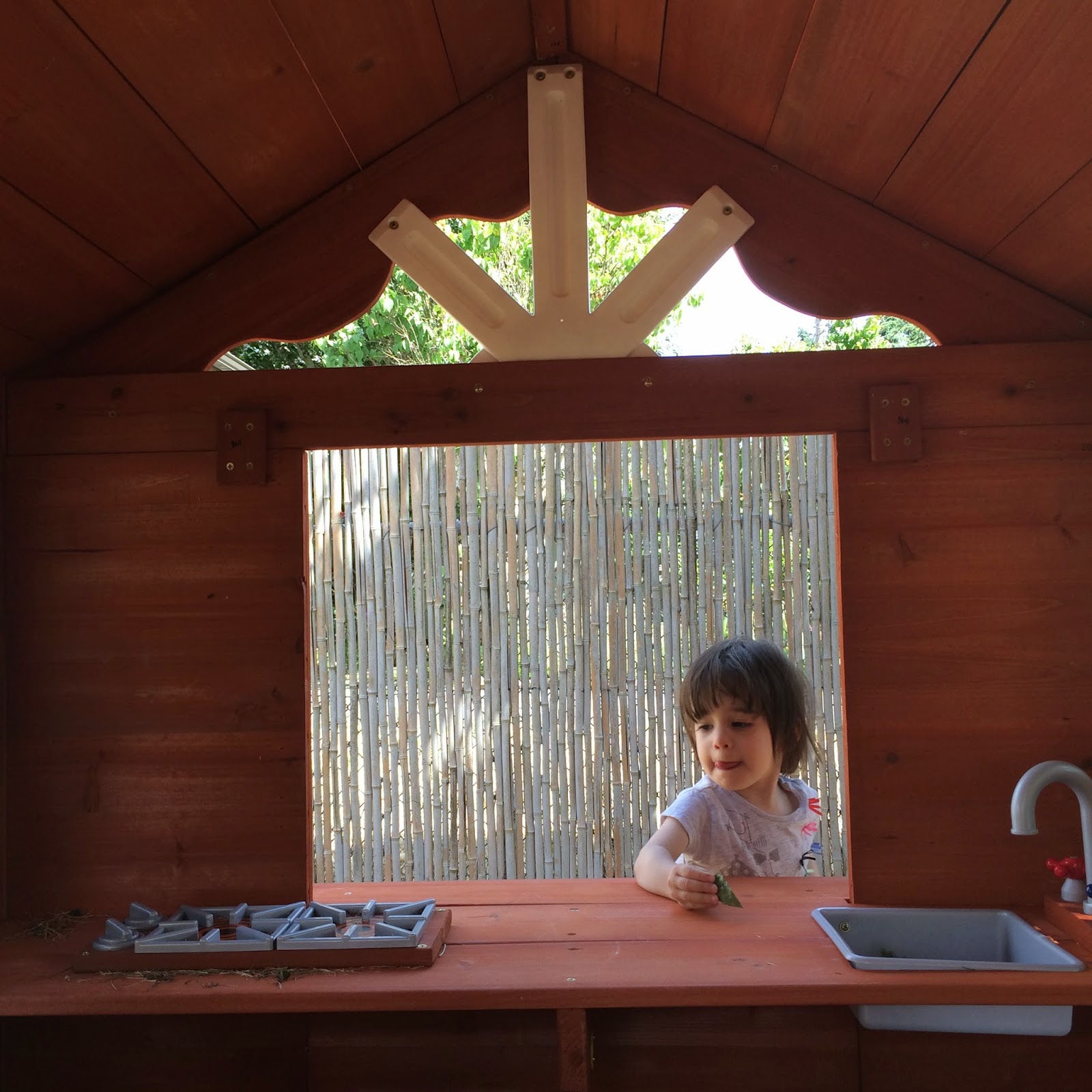 On C’s first day at school we headed outside.  I showed her our front yard (with its sweet playhouse, bountiful vegetable garden, and towering sunflower) and then gave her my attention but also gave her some space.  At first, C seemed to wonder why I wasn’t following her closely or handing her toys, but after about five minutes I noticed a change.  C seemed to feel secure that she had my attention and started to engage with her environment rather than me.  There were so many things to do: stumps to climb, rocks to feel, plants to smell, grass to sit on!  Occasionally, C would want to show me something, or ask me to name an item she had found, but generally she was engaged in her own play and with her own environment.  By taking a step back I allowed her to feel safe, self-assured, and in control of her own play. 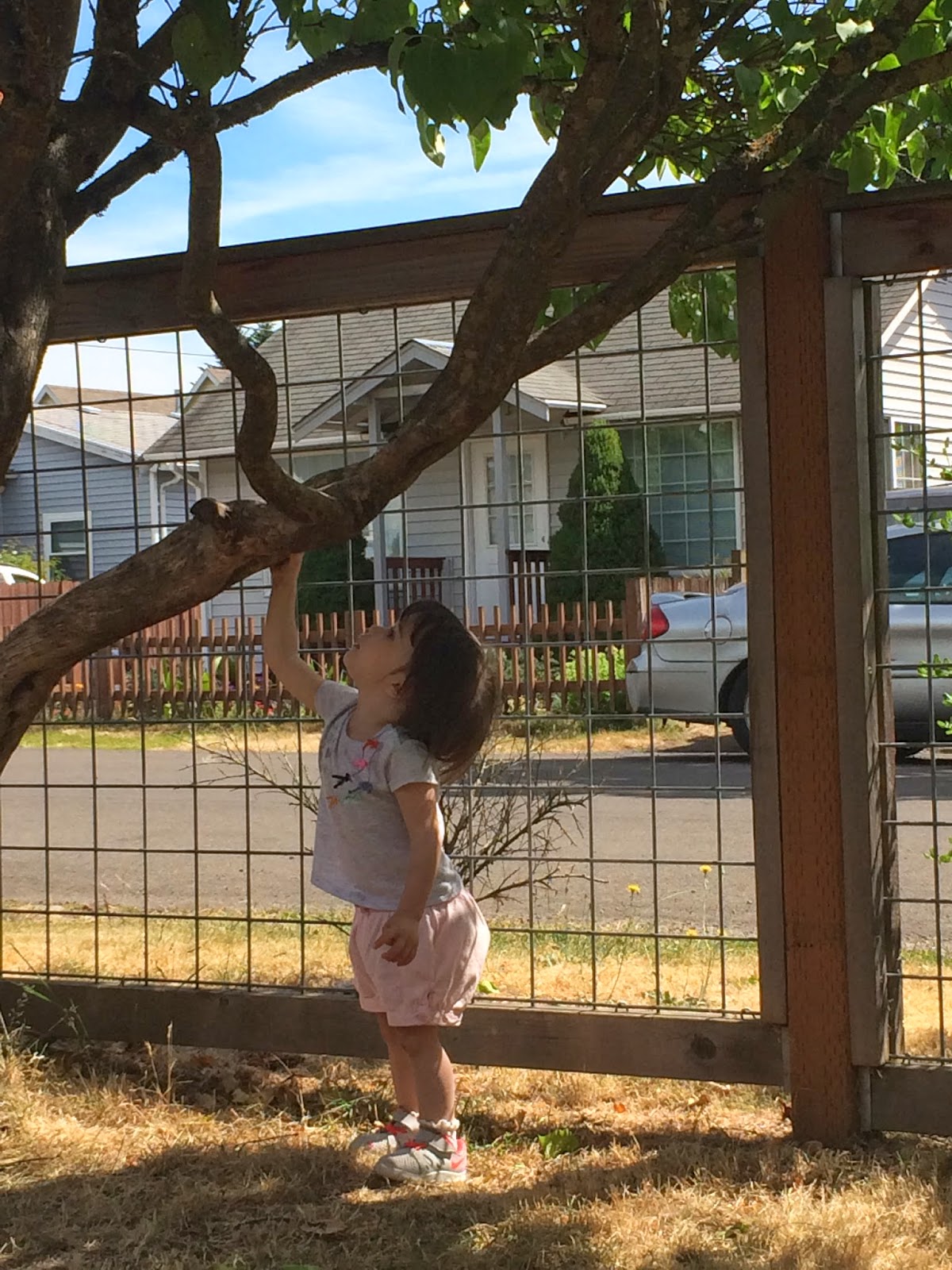 As the other children join our cohort this stepping back will become easier in some ways (more kids to play with!) and more difficult in others (more potential conflict!).  While I have long practiced stepping back to allow children to engage and play without my intervention, I am excited to bring a new consciousness and purpose to this practice.
Posted by Emma at 4:16 PM