It has been such a pleasure hearing our Tumbleweed kids counting and saying colors in Spanish and Japanese, singing Japanese songs with movement, and playing a traditional Japanese game (called kagome kagome). 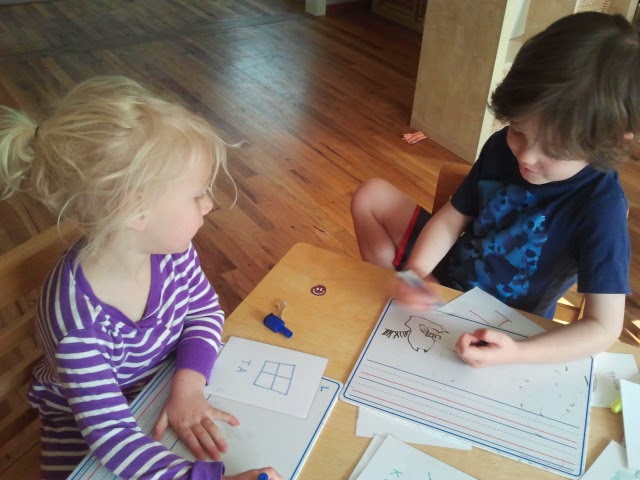 It is true that they can make an unfamiliar language familiar very quickly!  They say what they hear as it is…  I feel so jealous hearing how they repeat after me so accurately.

They’ve also been enjoying doing some Japanese writing too.  Kanji is a type of writing form that Japan adopted from ancient China.  As you may know, each kanji has its own meaning, unlike Hiragana or Katakana, which are more like alphabets.  I’ve seen people here wearing kanji tattoos.  A single Kanji can both tell you a lot and look very artistic! 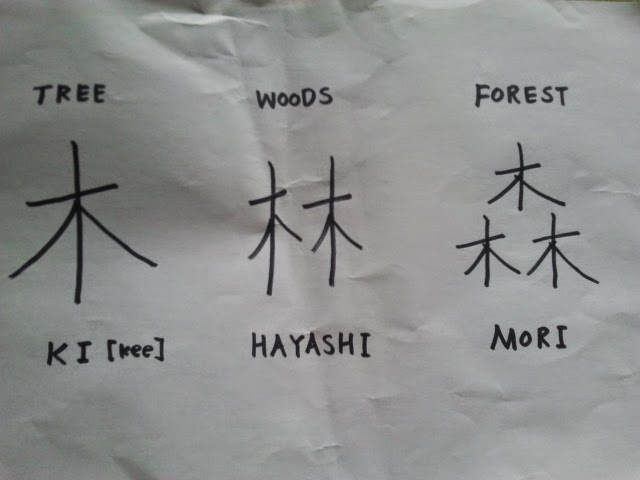 I still remember when I first became introduced to Kanjis as a kid at my nursery school.  My teacher showed us the kanji TREE.  She also showed me a picture of a tree to show where the character came from.  Then if you put two of those characters together, it means WOODS.  If you put three together, it means FOREST!  Each character made so much sense even as a kid and looked so pretty.  I was so excited to learn more and more. 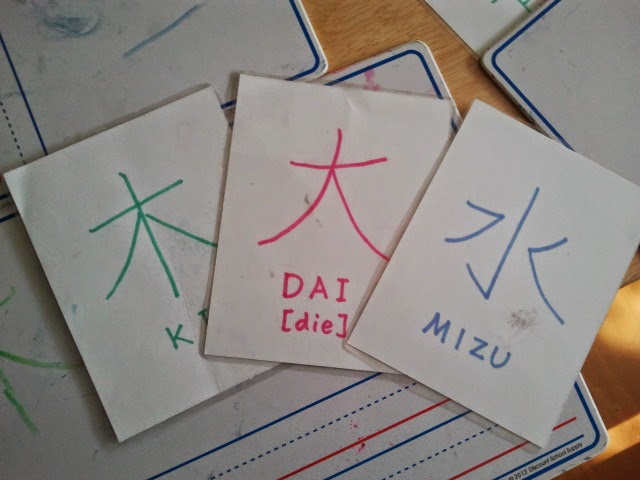 At Tumbleweed, the kids started learning 20 different kanjis to begin with.  They loved writing them down over and over.  I put a character on one side of a card and I put a picture of what the character stands for.  They sometimes seem fascinated with them, and other times they disagreed with its origin saying “that doesn’t like water at all!”  I could see them using their imagination to explore where each character comes from and seek a story behind it.  What were those ancient people seeing back then?  What were they talking and thinking at the time?

Kanji writing activity often becomes Kanji inventing activity, which is quite fun to watch.  I’m not sure when people stopped making new kanjis, but why not let Tumbleweed kids make some?

Here are some of them. 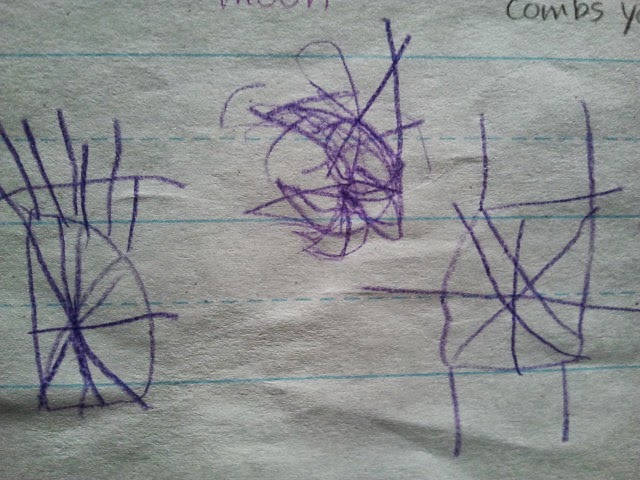 MR invented “a Chair That Combs Your Hair” [right in the pic] and Music Player [left in the pic]. 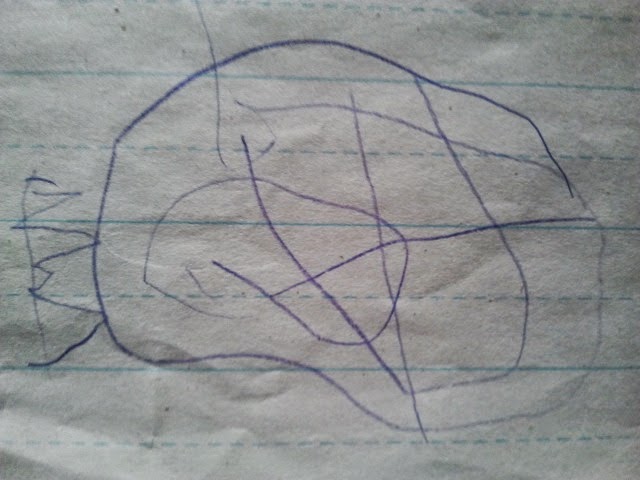 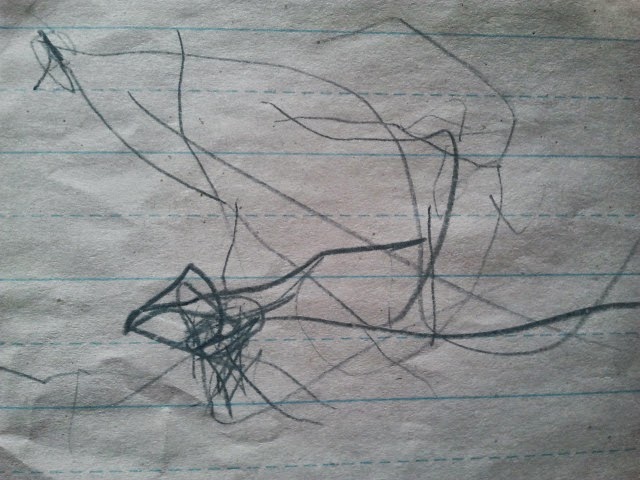 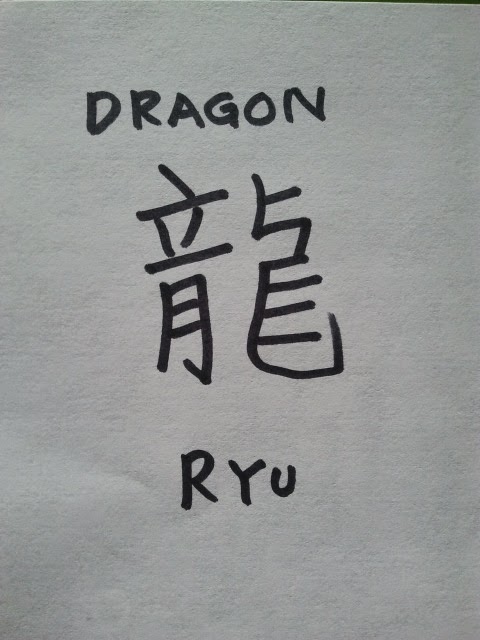 Well, there is already a kanji that stands for Dragon.  To me, they kind of look similar, but VR’s looks more exciting for sure!

I can’t wait to have more kanji fun with them!