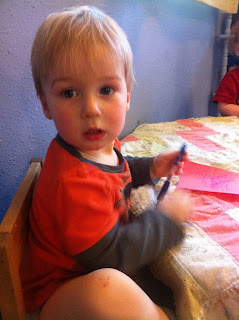 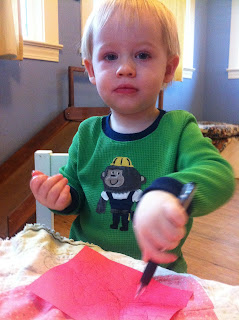 Lately the children have started to show an interest in other people and how they fit within groups outside of our classroom. First, the children spent a lot of time talking about those children who were not present one day. IS would come in and ask me for QM on days that QM didn't come to school. VR would wonder where WG was if he didn't show up at the same time as everyone else. We talked a lot about where our friends were when they weren't at school, including who they were with. This interest became more focused on moms and dads as often when our friends aren't at school that's exactly who they were with.


This interest led me to introduce A Family Song. It's a song I've used with previous cohorts who followed this same path of interest and it's something that this cohort has really enjoyed. They often ask for it when we have circle time now along with their other favorites (aka mostly "Row, Row, Row Your Boat"). The words for the song are as follows: 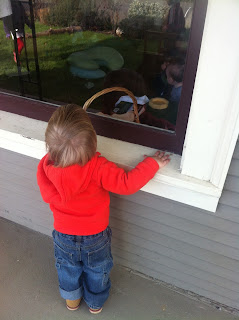 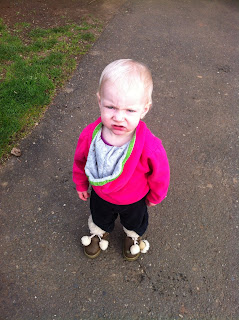 The song can include pets, grandparents, aunts, uncles, cousins, and whoever else is important to the child's family. Along with our new song we are working on making family books for each child in the classroom. Families will bring in pictures for each child and I will craft them into a book that is able to be used and handled by the children as any other book in the classroom. We've also introduced dolls, bags, and a doll house into our play! The children have enjoyed beginning to explore these new materials over the past week but next week will be the first week everything is in the classroom all at once. I look forward to seeing how they continue to expand on this interest! 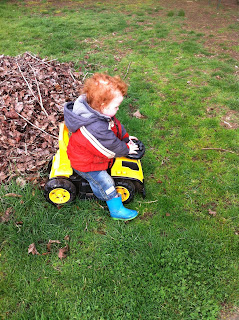