A World that Works for Everyone

Bet you heard that phrase before. But, do you really believe it is possible?

It was eight years ago when I first heard of it. I was moved to tears. What it meant to me is that people all around the world are being heard regardless of their races, sexes, religious practices, political parties. It meant that everyoneʼs needs are listened to and cared for. Short moments later, the cynical side of me crept in. It whispered at me, “THAT is Utopian. It looks nice on paper. You cannot take care of everyoneʼs needs and feelings. It is an impossible task to build a world such as this. It simply cannot, and will never exist.”

As much as I wanted to disagree with the pessimistic sentiment, I found situations in real life (more often than not) that the “haves” rule the day of the “have nots." Experiences would be dismissed because “the others have majority votes.” In fact, such situations happen daily on the playground and in the schoolyard. It remains a challenge for me when children come to me with their conflicts and upsets. I could never be 100% sure if they are comforted, if the solution is fair or right. Yes, it seems to me that creating a world that works for everyone, and that every voice is heard is only a good-sounding bumper sticker.

But, is it? Can it be done? What can I do as a preschool teacher to encourage an environment that allows ALL needs to be heard and that works for everyone?

When I was a child, I was not encouraged to express my feelings, thoughts, and ideas when it came to conflicts of any kind. I was taught to conquer the “bad” and negative feelings by suppressing them, controlling them, changing  them, fixing  them, but rarely was shown and allowed to accept them. When I expressed anger, I was punished, and scolded as a spoiled brat. I was lectured and told to get along with the group when I asserted thoughts that were not socially acceptable.

How can humans grow socially, emotionally, mentally, and cognitively if we are not granted with occasions to work through the conflicts and find resolutions with each other?

A very special thing at Tumbleweed captures my heart and is so dear to me is, children (and teachers) are given every opportunity to engage in conflicts and in the search for plans that work for everyone.

One of our favorite outdoor games is “stick play.” On this day, children gathered around with a stick in hands banging on a log like drum circle. As more children joining the circle, the sticks were bumping and jamming into each other. This brought up some complaints.

“Bee, his stick is hitting mine.” 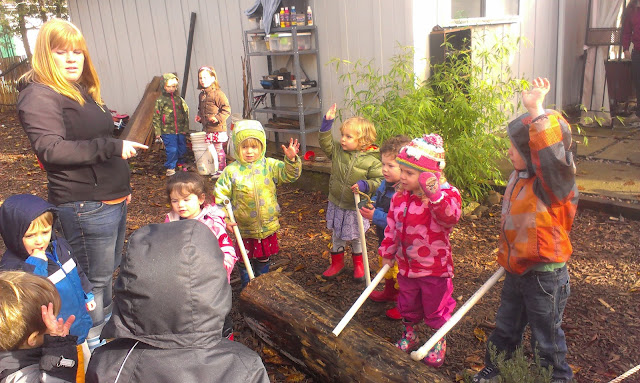 Bee acknowledged the situation without separating or stopping them, “I notice the game is not working for some of you.” A few children paused. Some nodded, and some shouted, “No. Itʼs not working.” Instead of directing children what to do, Bee simply said, “It looks like some of you are not feeling safe about playing the game together. I wonder what plan can you guys come up with that works for everyone.”

“We need to stop the game first.”

“But, your stick is hitting mine. That doesnʼt work.”

“Just once instead of twice.”

There was a general murmur of approval followed by loud objections from both sides going back and forth. Finally, Bee said, "M isn't going to change her mind and T isn't going to change his mind." There was a lot more going on than what I am sharing here--it would have appeared, to an outsider, as rather messy! At some point, the group diverged into a discussion of what it would mean to make the log only available to so and so. I am just trying to illuminate the main thread of our debate.

There was still some back and forth, but it seemed to have reached a consensus that children were ready to a vote. So Bee declared, “Okay, we are going to vote on this.” It took a while as there were many clarifications needed, but in the end, children sorted themselves out. There were 10 kids in the circle; 6 voted with M, 3 voted with T, with one abstaining (“I donʼt want to vote”). There was cheering on Mʼs side, and discontent on Tʼs. A few of the children seemed to be questioning the vote. 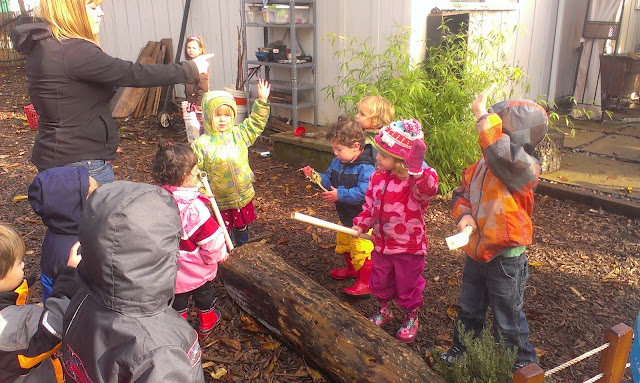 Bee surveyed the group, “I saw there were three of you who voted with T. It looks to me that they are disappointed.”

“They lost the vote. If they donʼt like the plan, they shouldnʼt play with us!” Someone suggested.
Bee responded, “One of the rules at our school is, everyone is allowed to play with what he/she chooses to play with, as long as he/she is making another’s body safe. Saying people shouldnʼt play doesnʼt work for our school.”

Finally someone said, “How about we just take turn to hit the log, and it doesnʼt matter if you want to hit once or twice?”

There were a few happy chatters as children returned to their play, one by one, taking a turn to bang on a note or two that pleased them. 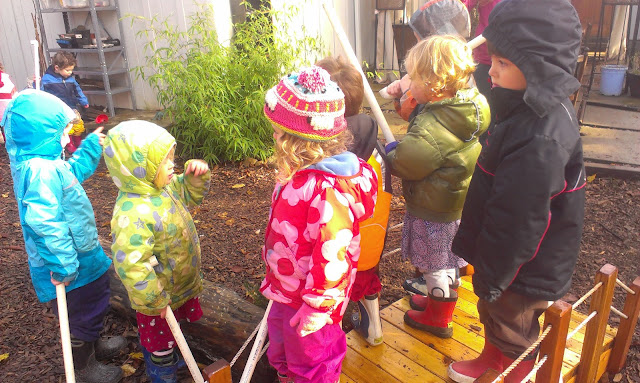 You see, a world that works for everyone is possible when (not if) children and adults are granted ample occasion to express how the action of another effects them and to hear from another how their actions are perceived. Separating the children from each other and presenting them with only adult input short-circuits any opportunity for the children to, in real life situations, practice the art of debate, conflict resolution, and compromise. Time was given to express anger, anxiety, and disappointment with what was happening in the example of the drum-circle-stick-play. Space was also given for possible solutions to be tossed among children. 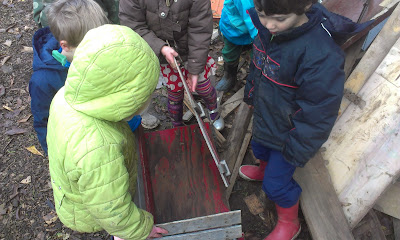 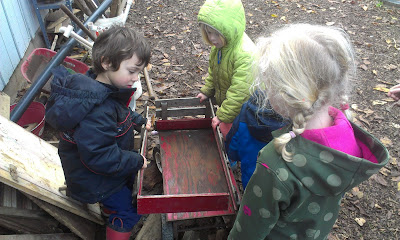 At Tumbleweed, resolutions agreed to among children are respected by the adults as valued, workable solutions. This may seem time-consuming, but consider the time it takes NOW in the big scheme of building a world that works for everyone: by supplying our children with the vocabulary to express their emotions, and supporting their efforts to convey them without violence, we are not only keeping the playground a safe place, we are providing the children with problem-solving techniques that they will be using the rest of their lives.
Posted by Hsiao-Ling at 1:32 PM