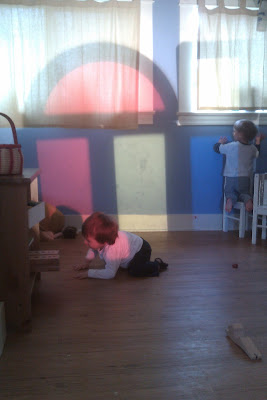 This last week we have welcomed the new addition of an overhead projector into our classroom.  Though I have limited experience with using art as a free play or art medium, I have see the magic the occurs when the bright light is reflected onto the wall. 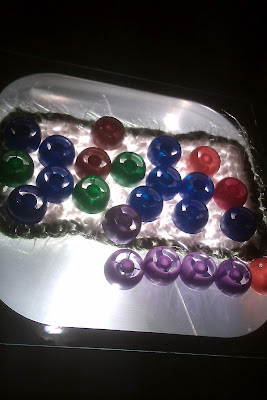 Something happens when light is used as a play surface or as something which children can manipulate.  The boys are fully interested in becoming masters over their world and were very excited when I first offered the projector.  I had closed all of the curtains and turned off the light then raised the arm on the machine.  The hum from the fan and the contrast between the light and dark areas created quite a stir.  Every afternoon we have experimented with what kinds of things we can do with materials we already use in our classroom.

Designs with different textures were created.  Patterns and color explorations.  They seemed especially interested in how things changed once placed on the top of the projector.  Small, round lids seemed to glow as the light passed partially through the plastic and jars and cups became like magic as the glass bent the light. 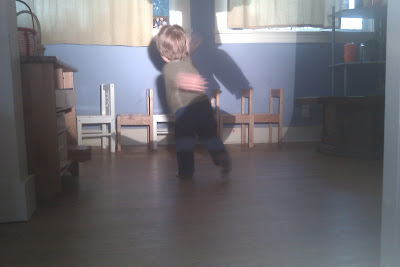 We tried out the transparent, colored blocks first and it took a bit of work from me to notice the correlation between what we put on the projector to what  appeared behind them on the wall.  Willa put a few blocks together and it became a train station.  Chairs were lined up along the wall by SW to make a train.  SC decided to see what would happen when one of our dollhouse figures was added and it's shadow was imposed on the train.  Everyone thought that was hilarious! 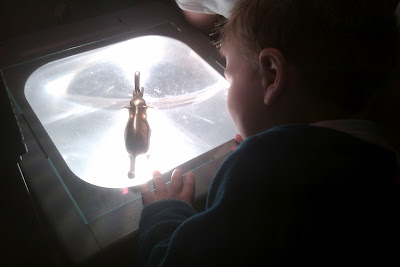 Another day our favorite brass elephant found it's home on the glass plate of the projector.  We worked on noticing the different shadows that can be cast by something on the projector.  The elephant didn't look like much when it was standing on it's feet, but laying on its side made a large elephant shadow on the wall!  Everyone enjoyed pointing out the different body parts that we had been talking about earlier.  Tusks and trunks are especially interesting to us, especially in the ways that elephants use them as communication tools.  They also pointed out the other parts of the elephant's body spontaneously, and seemed more motivated by having the large shadow on the wall.  Soon everyone was stomp dancing in the light next to and with the elephant. 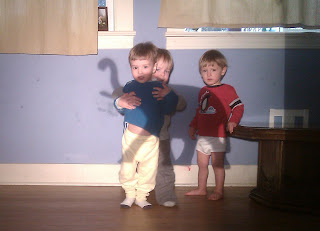 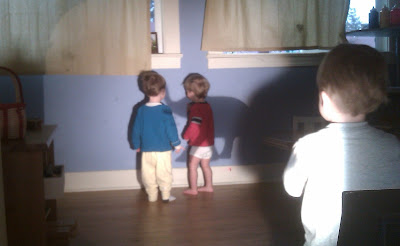 The projector has added an element to our play and has enhanced our current interests and spurred new ideas.  I look forward to seeing how they will use light and shadow in the future as we continue our exploration of this new medium
Posted by Briana at 4:55 PM