After we made pumpkin soup with the fresh pumpkin, we moved on to another project with pumpkins the following day. I set out canvases over the four tables and set out one small pumpkin for each child to paint. I placed a bit of red and blue tempera paint on a paper plate and set one plate next to each pumpkin along with a paintbrush. Then the painting begun: 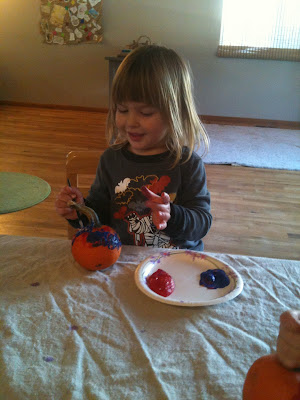 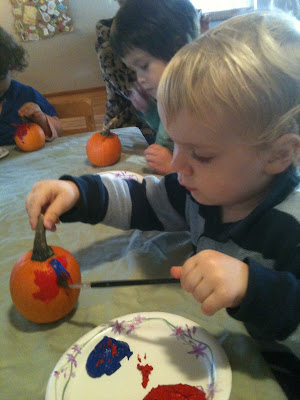 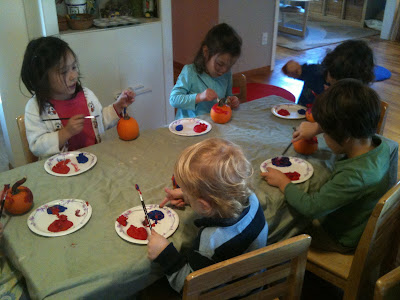 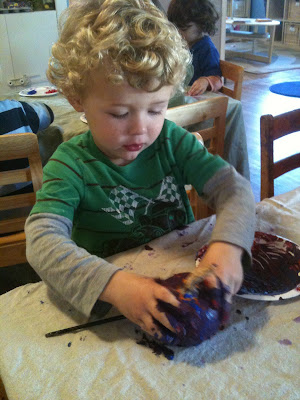 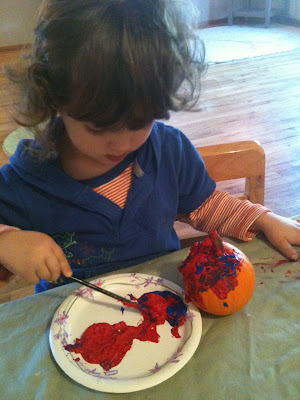 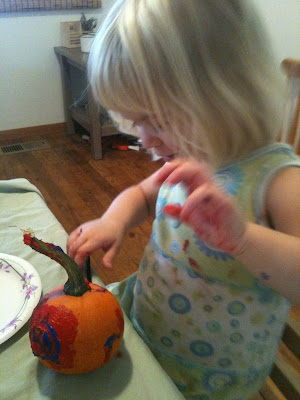 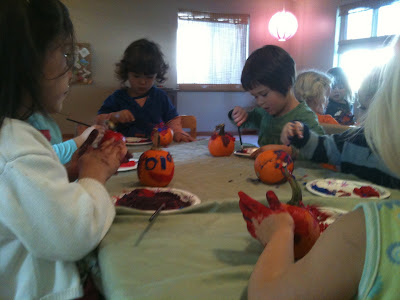 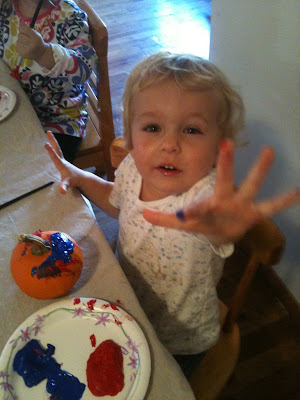 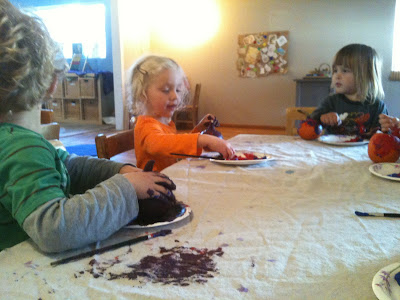 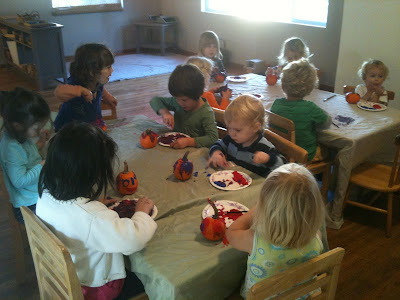 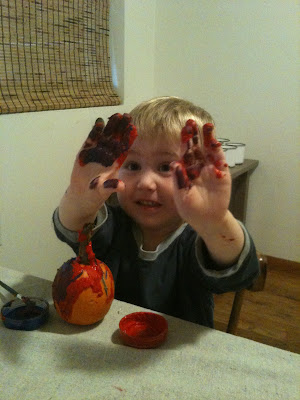 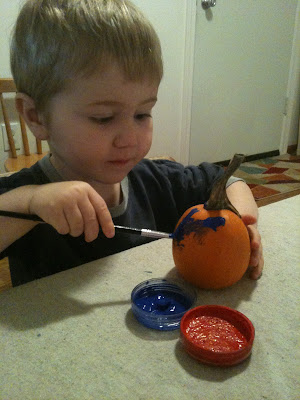 The following day, JH got to paint his pumpkin first thing in the morning. He used the paintbrush first and then found his hands to be much more efficient!

Later that day the preschoolers broke open one of the larger pumpkins outside and harvested the seeds from them. I cooked the pumpkin and made pumpkin bread and roasted some of the seeds to eat with the bread for afternoon snack. The rest of the seeds were planted in one of the large barrels in the back yard in hopes of producing more pumpkins for us to enjoy next Fall! 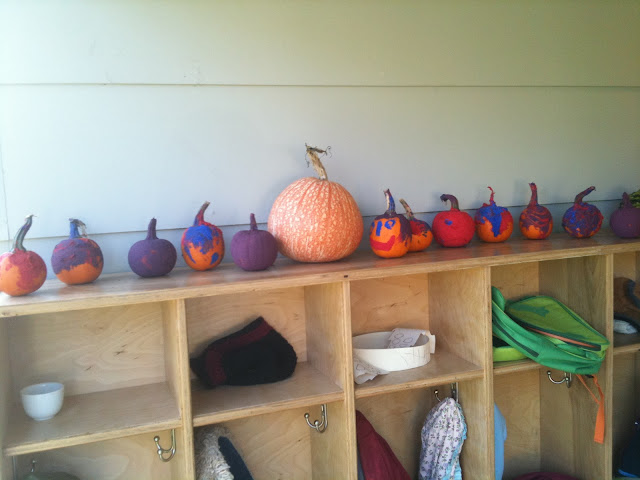 Being able to use pumpkins that were locally grown for numerous activities and planting the seeds in hopes of growing our own pumpkins in the future, allows for the children to learn about sustainability. Not only is sustainability part of our philosophy at TPH, living green by using many parts of an object and reusing has become something the children get excited about and continually want to explore!
Posted by Bee (Briana Hoskins) at 11:12 AM