Over the past couple of weeks, we have been embracing the Fall season at the Preschool house by exploring the many uses of pumpkins. One weekend, I met up with Briana and her family and a couple of the preschool families at Lee's Farm in Tualatin and got a few large pumpkins and twelve small orange pumpkins. SM, JH, and KC enjoyed visiting the goats while at the pumpkin patch! 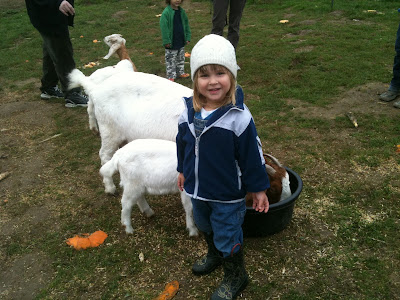 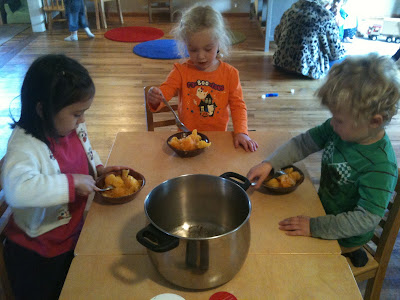 EB, SC, and G quickly sat down at the pumpkin stations. They began mashing the pumpkin, each focusing on their pumpkin for a bit and then observing the others to see different mashing techniques. 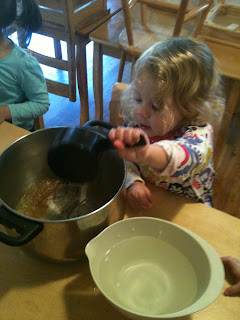 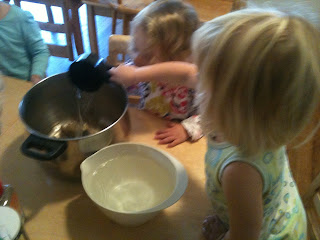 While the pumpkin mashing was happening, MR and SF added water to some vegetable broth powder that was in a large pot. 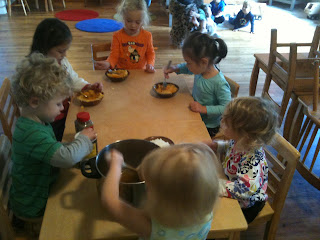 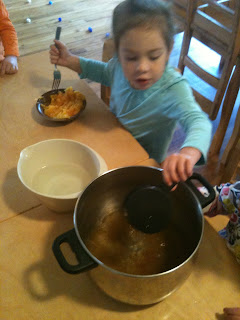 G, EB, and SC took a break from pumpkin mashing to each add a cup of water. Then TB joined in on the soup-making and added the last cup of water. 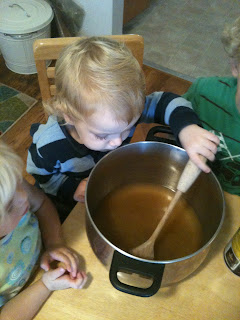 AK noticed the soup-making project and decided to join in. He began stirring the water and vegetable broth together. 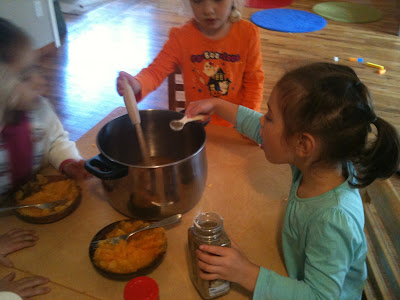 Then, it was time to add the spices, herbs, and pumpkin, at which point KC joined us!! 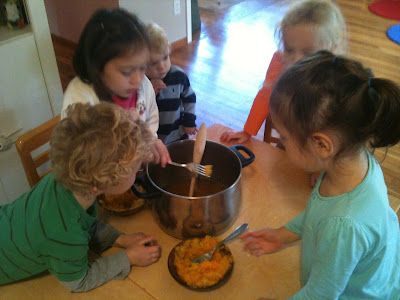 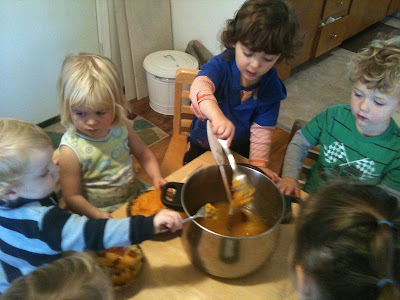 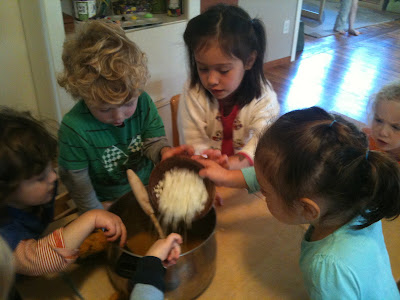 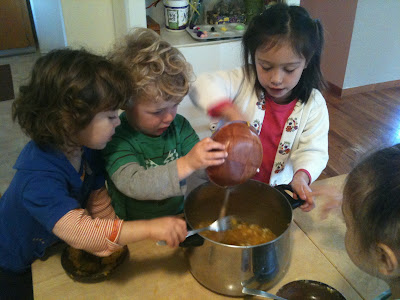 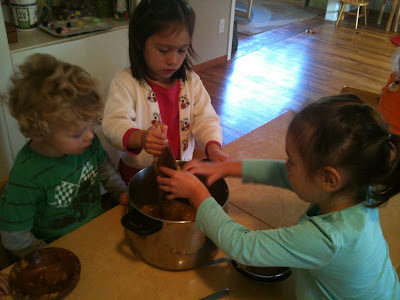 And lots of stirring... 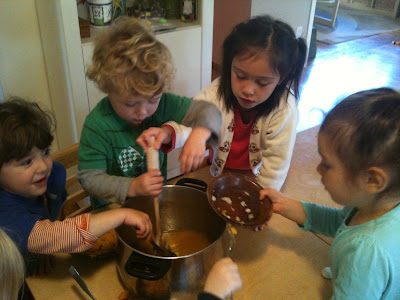 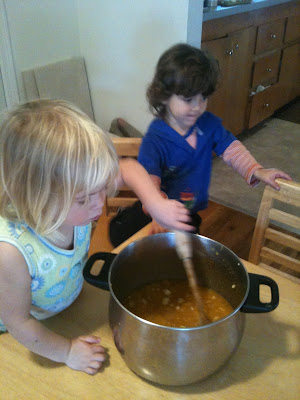 After we were finished stirring, I put the pot on the stove, added some coconut milk at the very end and then we ate our homemade pumpkin soup for lunch... yumm!!!!

Not only were the preschoolers and toddlers taking part in the process of making soup for all of us to share at lunch, they were also learning about measurements, strengthening fine-motor skills while mashing pumpkin, measuring, pouring, and stirring, and strengthening social skills by communicating with each other while taking turns with ingredients. Furthermore, making this process available for the preschoolers and toddlers to do together, provided them a sense of togetherness and community that will continue to build as we do more and more projects together.